Three of my favorite outdoors things — beer, barbecue and bluegrass — on one day in downtown Raleigh, the North Carolina Cuegrass Festival. According to the web site, “The Pit’s famous barbecue, cooked by The Pit’s legendary pitmaster Ed Mitchell, and North Carolina beers from LoneRider, Mother Earth, Carolina Brewing Company and Big Boss, will be served throughout the event.” Woo hoo, see you there!

You know The Thinker, don’t you? I thought I did too, but even a visit to the Rodin Museum in Paris didn’t tell me his true beginnings, or maybe it did but I was too tired to read the French. The North Carolina Museum of Art’s blog tells the story with a guest appearance by Robert Pinsky. I can’t wait to go. Their grand opening is on April 24.

I’ve always loved Jamie Oliver‘s cooking shows (Naked Chef) and recipes. In his recent TED talk he sounded the alarm about the food we’re providing at home and in school to children. He says that this generation of American children will die ten years earlier than their parents because of diet-related disease (already the biggest killer in the US). He is starting a ‘food revolution’ here, beginning with his anti-obesity project  in Huntington WV with accompanying TV show that debuts tonight. The sad thing is that  it’s a lot easier for busy people who don’t really know how to cook to buy processed junk than to make something from scratch. Maybe it’s time to put home-ec back onto school schedules.

I’ve been coming across a lot of info about canned sardines lately. There’s even a sardine society. I love love love all fishy oily fish. I have fond memories of my first taste of grilled fresh sardines in Portugal, where the aroma takes over the streets. Canned sardines are a good source of Omega-3, plus you can keep them handy in the pantry. I like them on crackers with cream cheese (with a dash of hot sauce or sriracha), and I’ve added them to pasta, but neither of those are ‘wow’ experiences. When Alton Brown lost 50 pounds, sardicado sandwiches (sardines and avocado) were one of his regular good eats. There’s definitely some wow potential there. And more wow in this Spanish potato recipe, Viudo (Widowed Potatoes). Better go check my sardine inventory. 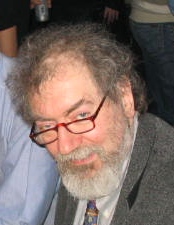