Foodies are a fickle bunch. They latch onto something, overindulge, grow bored, and then move on to the next greatest thing. Bacon, kale, and quinoa have all had their day. Cauliflower seems to be the latest darling thanks to the paleo crowd. And pumpkin is bringing out the haters.

Perhaps that’s no surprise since, in the past few years, we’ve been inundated with pumpkin everything before August even ends — cream cheese, creamer, bagels, beer, chai, you name it. Maybe pumpkin’s fall from grace was inevitable when the news came out that Starbucks Pumpkin Spice latte has no pumpkin in it at all, just the pumpkin spices — cinnamon, nutmeg, cloves and ginger, if I had to guess. Pumpkin, what a poseur.

I don’t care what the crowd says, I still love pumpkin. Pumpkin pie for breakfast is almost as good as cold pizza for breakfast. As soon as it’s officially fall, I browse the craft beer store shelves for pumpkin beer. So many to choose from! I’m not a big fan of pumpkin bread or muffins for some reason, but I do like pumpkin cream cheese on my bagel. And, when Jim’s off hunting later this month, I’ll take advantage of his absence to make pasta with sausage and pumpkin. He’s not a pumpkin fan.

And that’s probably why he said “gross” when I finished making a pumpkin smoothie this afternoon. I got the idea from Sallie’s Baking Addiction. I made a few changes:

I regularly make smoothies using Greek yogurt, frozen banana and whatever fruit I have in the refrigerator or freezer, plus a bit of ground flax seed. An immersion blender makes the clean up job so much easier than a regular blender, plus you can drink the smoothie right from the blender cup.

If you’re still a pumpkin lover and want to seasonalize your smoothie habit, you’ll love this Pumpkin Smoothie. 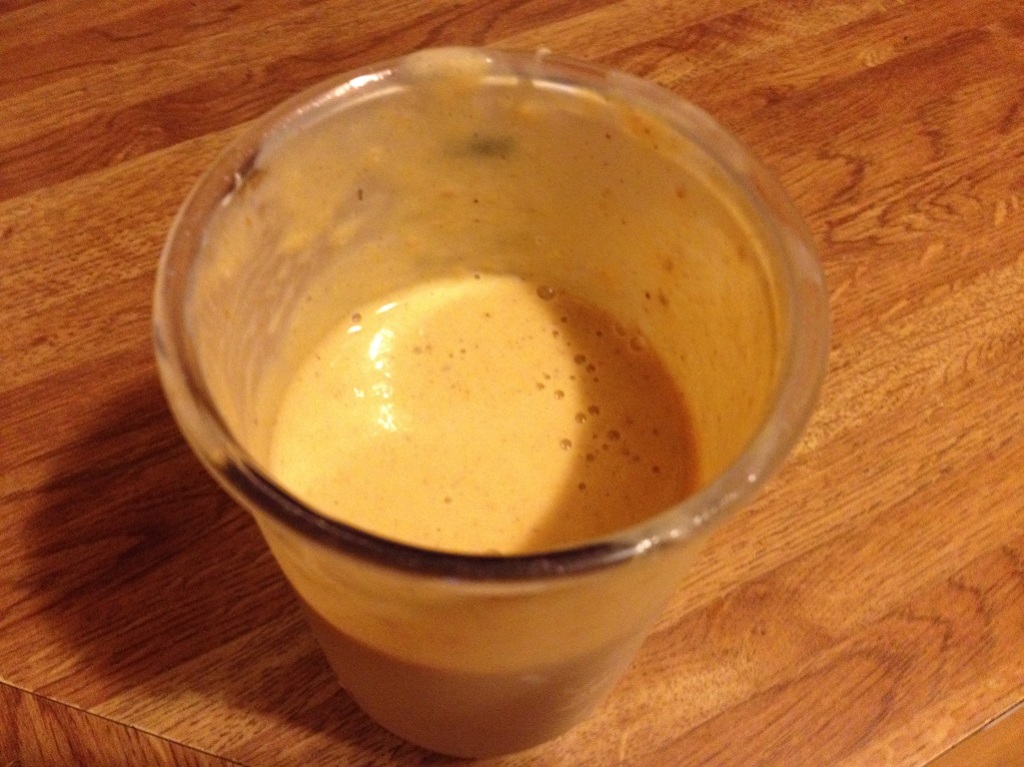 Add all ingredients to the blender cup or container. Blend until smooth and creamy.