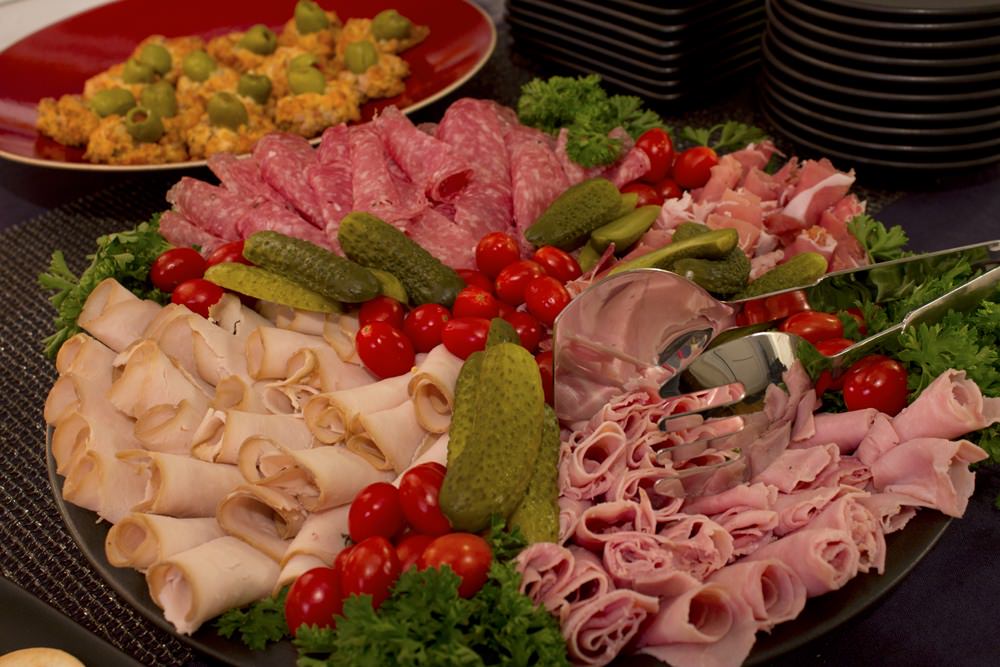 If you hosted a Super Bowl party last night, your refrigerator this morning might look a lot like ours—full of leftovers. As we prepared our deli meat and cheese tray, sandwich fixings, wings and guacamole, we figured we would have more than enough food. And then a crockpot full of Italian meatballs and a tray full of stuffed clams walked in the door—along with their human counterparts.

I hate wasting food so we’re going to transform the remains of that deli meat and cheese tray into dinners. That’s my challenge. We’ve got roast beef, pastrami, ham, turkey, Genoa salami, capocollo, sopressata, plus three kinds of cheese. No one needs that many sandwiches.

As I do with any other culinary challenge, I turn to Google and Pinterest. Here are some of the ideas I found in case the thought of sandwiches and more sandwiches is making you groan too.

Snack on a roll-up. Roll up a slice of meat and cheese. For an extra punch, stick a cornichon or sliced pickle in the middle.

Make roll-ups with a tortilla. You could smear on some plain or flavored cream cheese (horseradish makes the cream cheese even better), mayo or mustard.

Throw together a pasta salad.

Layer meat and cheese in between crescent roll dough and bake like this Italian Sub Layered Bake.

Make a quiche with meat and cheese.

Use sliced meat and cheese as pizza toppings.

Instead of tuna salad, make roast beef or ham salad.

Add ham to pretty much anything you’re cooking.

If you have a good idea for leftover deli meat, please share it in the comments below. Thanks!

5 years ago: Eggplant and Zucchini Lasagna